Welcome to FRAVR, the concise 1-day, free to register B2B conference about Virtual Reality in gaming and entertainment hosted in the Rhine-Main Area capital of Frankfurt am Main, Germany.

What does bring VR to the table for video games, for gamification projects, or for the future of communication in general?

This year our conference teams up with the B3 – Biennale of the Moving Image, combining our business and technical VR talks with their expertise in artistic and cultural talks about VR – Register for free now and also get a voucher for a 40% discount on the B3 festival ticket! 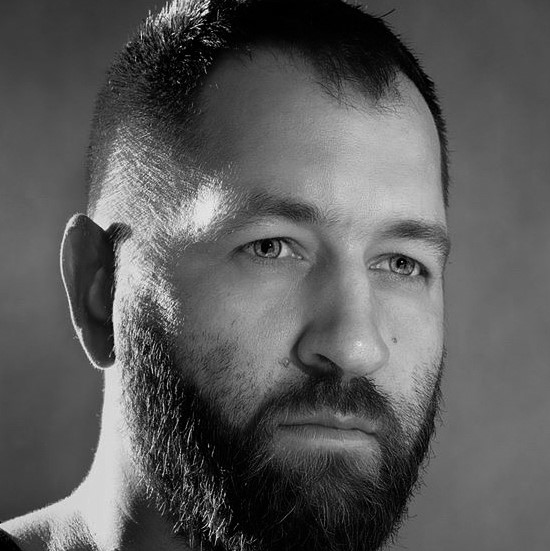 A journey into the future of customer and employee communication and infrastructure requirements.
PIXOMONDO, Germany’s leading company for visual effects and post-production in movies, TV, commercials, interactive apps and media as well as live events is another example of the change in media. Well known as a high-tech company for visual effects in Hollywood movies and TV series, award winning Pixomondo has continuously expanded its business activities for corporates in terms of customer experience and corporate communication. Pascal Tonecker will highlight the impact and the technical challenges for media for the next decade.

Pascal initially wanted to pursue a career as a musician before he fell in love with the film industry. He began volunteering at an advertising agency in 1996, where he soon rose to the position of junior account representative. In 1998 Pascal decided to work freelance in various disciplines of the film industry – ranging from set-runner to set-dresser, stylist, location scout, set-manager and unit manager.

In 2000 he joined Neue Sentimental Film Frankfurt as a production assistant and in less than a year he became one of their junior producers. In that same year he also volunteered for 9 weeks as a development aid worker for FEEDBACk e.V., in Capetown.

At the end of 2000, Pascal and some colleagues launched a new subsidiary of Neue Sentimental Film called GROUP.IE. where he was a producer for many large scale clients such as Volkswagen, EXPO, Mercedes-Benz, and Telekom. Due to his expertise in interdisciplinary fields, he was chosen to establish the R&D department within GROUP.IE. One of his well-known projects is the Frankfurt based advertising film festival “VDW Award,” which was established in 2003 and is more recently called “Werbefilmpreis”.

In 2003 Pascal left GROUP.IE to launch his own project “komma9“ which is still in operation. Between 2004 and 2012 he was also working as a freelance producer in the advertising industry. He produced TV commercials for numerous clients including Dr. Oetker, FIAT, PORSCHE, MAZDA, Samsung, UNICEF, and Sony.

From 2009 and 2010 he started working as a post-production producer and became the deputy-managing producer for “VCC GmbH – Agency for Postproduction” in Düsseldorf. This increased his experience in the field of post-production and visual effects, which led him to PIXOMONDO.

Pascal initially joined PIXOMONDO as a freelance VFX Producer in 2013. During that year, his roles and responsibilities continuously expanded from project to project. Afterwards

Pascal founded the start-up “SPS Feed,” which focused on R&D for sustainable protein sources based on insects.

In September 2014, Pascal returned to PIXOMONDO as the COO and managing producer of PIXOMONDO STUDIOS GmbH & Co KG. He is currently at the Frankfurt branch of the company, where he is also Executive Producer. 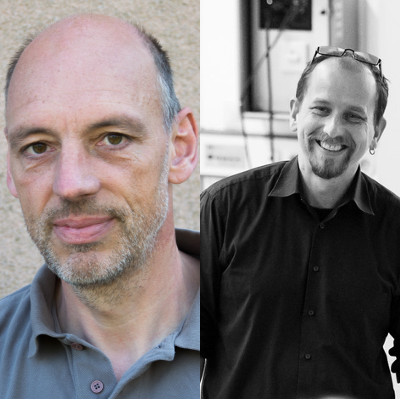 Beyond the fourth wall – Can X-Reality be taught?

To satisfy the industries demand for experts, developing, designing or programming new realities we have to teach and train new and different mind-sets. What will be the design methods to use, what might stay valid from theater, filmmaking, game design? What might get in our way when thinking about new experiences and concepts? What should be relearned to create new worlds of immersive storytelling and seemingly unlimited experiences?

Setting up a new study-program of “Expanded Realities” at the University of Applied Sciences Darmstadt we will present some thoughts and findings to open up an exchange and discussion.

After studying film and animation at the academy of arts in Kassel, Germany, Tilmann Kohlhaase founded an own film production company in Berlin in 1989. The genres of his work include life-action, documentary, stop motion, 2D-animation, 3D-computer aniamtion, SFX.

He collaborated on other films in the fields of writing, directing, editing and photography.

The major part of his works are addressed to children and compose animation and life-action.

Since 1996 he is also teaching animation at the Film University Konrad Wolf in Potsdam Babelsberg.

Since 2004 he has a professorship for animation and game production at the department of media at the University of Applied Science at Darmstadt.
Major fields of research involve „Non-Photo-Realistic Rendering“, „X – Reality“ and „Immersive Storytelling“.

Dr. Frank Gabler has been appointed professor of media technology at the Media Department since 2011. He originally studied physics at the Johann-Wolfgang-Goethe University Frankfurt and finalized his PhD as researcher at CERN in Geneva in ultra-relativisic high-energy physics. During his work as researcher he focused on parallel visual computing and real-time environments. He worked for several leading companies as software architect and technology consultant and run his own successful company till 2011 with specialization in camera technology and visual computing. Since end 90-ties he also worked as director of photography and technical director for cinema and TV. He is member of the Deutsche Physikalische Gesellschaft and was leader of the Motion Pictures department at Hochschule Darmstadt till 2015. Together with Prof. Tilmann Kohlhaase he currently plans and installs the new program “Expanded Realities” at the Hochschule Darmstadt – a program wich focuses on virtual, augmented and mixed realities. His research and development activities include the areas of media in cultural heritage and education, transmedia, interaction- and game design, expanded and virtual realities, 360 ° video as well as light field camera technology. 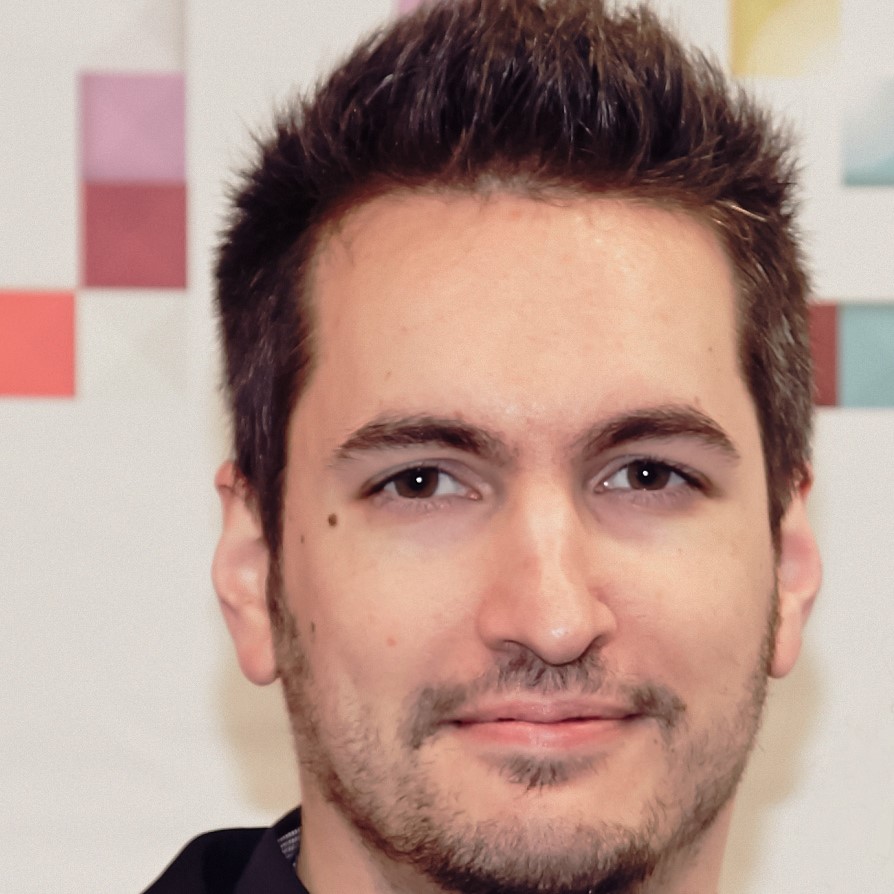 Efficient Workflows of Narration and Development for VR experiences

With around 10 years of experience in the CG industry, Erasmus has worked in many areas such as art, lighting, character modeling, cinematic direction and art direction. After having worked several years in industrial visualization using traditional offline rendering pipelines, he switched to real-time rendering by seeing its potential as the future of cinematic production and started working in the gaming industry.

Having shipped titles like Crysis 3, Ryse and Warface, he quickly took over the art and creative direction for further titles, delivering the best possible quality with real-time rendered cinematics. Also by directing the very first VR Benchmark in 2016 called Skyharbor, a new standard for storytelling in virtual reality was created.

After having worked on the cinematic art direction for Chris Robert’s Star Citizen, Erasmus joined the Film Engine team, formerly known as Cinebox, to fully concentrate on delivering the best quality possible for art and cinematics and to help shaping the software he is using on his own project, which became one of the largest open movie projects ever made: The Lord Inquisitor.

This project has above 85.000 followers on Facebook and is using a unique workflow, being rendered in real-time inside a game engine. The first 9 minutes of this short movie, called the prologue, have been released in August 2016 and became a viral hit with millions of views.”

As of today, Erasmus is the Creative Lead and Art Director at AMD, focussing on creating real-time content and advising teams to further optimize technology for real-time rendered content creation. 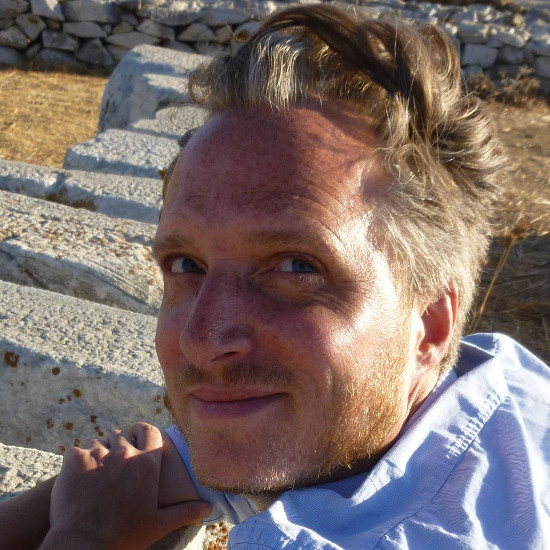 Choosing the right story is the easiest way to optimise your VR experience and minimise your effort, by playing to the strengths of the medium. To find out what story will work best in VR, we will take a closer look at the sense of presence. And argue that the sense of presence also keeps a sense of self alive that won’t just fade away (like it does when we sit in the movies). Looking at other media that share this property – social media, motionride movies, games and ARGs – we will explore story designs that account for this persistent sense of self, deriving some guidelines for player role, plot, theme, tonality and mise-en-scene. The term ‘expanded realities’ is offered as a useful framework to think about this fundamental shift in storytelling – towards individual experiences that build on the participant’s existing sense of self and expand gently from there.

Georg Struck loves history and writing for children & teenagers. He has a background in film production, having written three feature films for children, served as headwriter for ‚Schloss Einstein’, Europe’s longest running television series for children, and directed three historical movies for museums featuring stereoscopic video and spatial audio (and he wants to make a point that this was back when these were still rare). Most of all, he wants to help build the Holodeck for playful learning and go time travelling with it. Which is why he has also worked as a story designer for games (‘SpecOps The Line’) and as guinea pig filmmaker in research projects on adaptive story generation (TimeTourist), virtual cultural heritage (InnoTP), interactive narrative (IRIS) and augmented reality (SPIRIT). He is currently serving as creative producer on the animated time travel series ‘Mystery Museum’ for Hahn Film, working on an interactive narrative game for Experimental Games and a Social VR game for Soulpark Pictures.

Watch the latest talks of 2017

We want to say thank you to our generous sponsors who make this event possible:

The FRAVR conference is kindly hosted by the B3 – Biennale of the Moving Image in their festival center at the FOUR in Frankfurt am Main, Germany.

Party Location: The FRAVR party is kindly hosted by the metricminds at Rüsselsheimer Straße 22, 60326 Frankfurt am Main. You can find more information on getting there here on Google Maps.